Learning from the Bees – A trip to Spikenard Bee Sanctuary 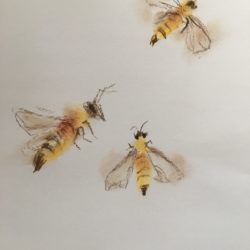 The ride down to Floyd County went better than expected, and the children enjoyed the chance to be together on a journey.  When we arrived, we ate lunch, unpacked the cars, and set up the tents, only to find that the original plan for which group would get which tent was not going to work.  In the end, every group but one had to switch tents, which caused some grumbling, but I told everyone that the whole trip was going to demand plenty of flexibility and accommodation, and that this was a good first challenge.

We had our first lesson with Alex in the classroom building where every beautiful detail shows the kind of care with which the sanctuary fulfills its mission.  Alex is a very gentle, warm, and earnest man, and he spoke with the children in a natural, engaging manner.  He began by asking the children what they thought a sanctuary was, and then elaborated on Spikenard’s mission to provide an optimum home for the honeybees.  He then presented the life cycle of the bee, gave us a picture of how the hive is an organism, and told us about their approach to working in partnership with the bees. 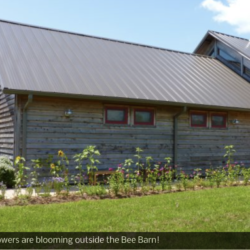 After a snack, the students got a tour of the farm. Alex pointed out some of the different plants (there are over 75 species) that provide the bees with a healthy, varied diet that lasts throughout the spring, summer, and autumn.  We also were shown the different kinds of hives and some of their distinctive features.  This was followed by the first activity: working in the garden, digging beds, turning compost, weeding, and gathering seeds, and then we had some free time before dinner.

After dinner there was some free time, and then we took a silent walk as an opportunity to listen to the sounds of the countryside and to appreciate the beautiful sunset.   They then played a game of flashlight tag, got ready for bed (which took a while!) and gathered again for singing and a story.  Bedtime went smoothly and most were asleep by the time the adults turned in.

Some of the children woke up early enough the next morning to see the incredible clear, star-studded sky. In Richmond we don’t get to see such a sight, because there is so much ambient light, and I imagine that some children had never experienced the true grandeur of the heavens.

Hot chocolate helped drive off the chills of the early morning, and everyone ate a hearty breakfast.  We gathered in the classroom for our next lesson, and Alex continued to entrance us with his description of the many jobs that bees perform during their lives and how the queen works constantly to lay eggs to preserve the hive’s population (1,500 per day for 4 or 5 years!) 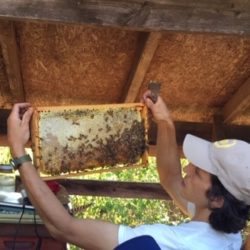 The students then got to experience Alex’s work with a hive, and they were impressed by his gentle, unhurried manner and his close relationship with the bees.  Alex told us that he talks to the bees and prepares them for what’s going to be happening so that they are not caught by surprise.  Seeing the thousands of bees working so harmoniously on the honeycomb and flying in and out of the hive made everything that he had told us earlier come alive through direct experience.

Then followed an artistic activity—drawing bees with chalk pastels—which allowed the students to review what they had learned about bee anatomy and to render their observations artistically.

For our afternoon activity, we went to the cow pasture to gather fresh manure, which was going to be mixed with straw, ashes, earth, and bound together with eggs to make the plaster for the cob oven, which needed repairing.  The students went from initially expressing disgust at the manure to enjoying finding especially fresh cow patties.  Hauling the containers back to the farm proved arduous, but everyone helped.  The students sifted through the manure to get out leaves, branches, and clumps, and then began to knead it and mix it with the other ingredients.  Their arms were covered with the plaster, and no one seemed to mind.  Then came the invitation to trample the cement with their feet, and almost all the students dared, and they enjoyed the squishy feeling on their feet and delighted in getting their legs covered with cow dung plaster.

The class worked on the cob oven, deciding that simply re-plastering it was not enough: they wanted to transform it into a bear, with the opening of the oven being the bear’s mouth.  They did a terrific job and were very proud of their creation. 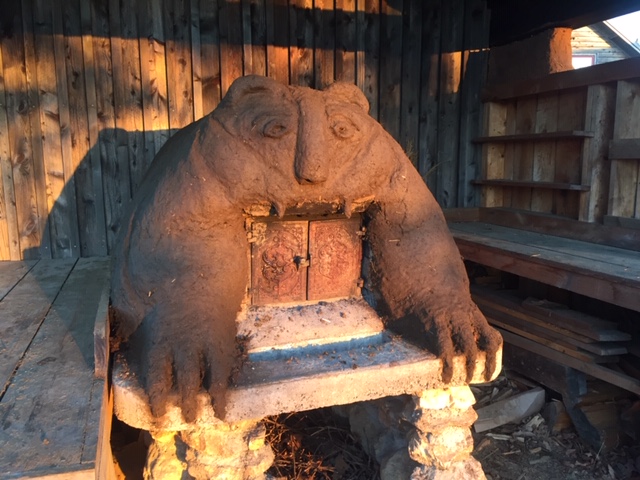 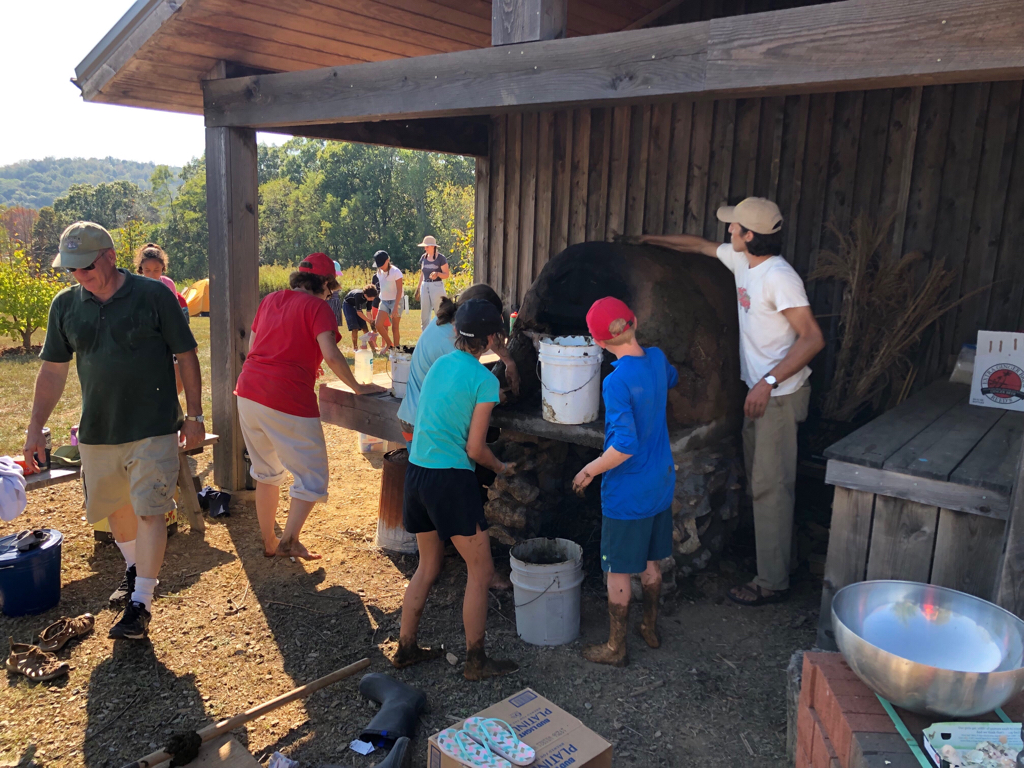 At the end of the trip, I asked Alex to tell the students how he became a bee-keeper, and he told us that when he was 17, he had his first experience of a bee hive and completely fell in love with the bees.  He spoke so sincerely and earnestly about what the bees have meant to him throughout his adult life, and we were all touched.  He finished by giving us each a day’s dose of honey (about 1/4 tsp.), which he said should be taken as if it is medicine, not as a food, and he presented us with three jars of honey to take back with us.  I told the students that we can have a daily dose as a reminder of our time at Spikenard.

Going to Spikenard was an incredibly positive experience for us all, and the lessons that we learned about how a society can work together for the good of all will resonate for a long time to come.  During one of Alex’s presentations, when he was describing the intelligence in the hive where every bee knows what is needed and what to do, I asked if I could say something to the class.  He agreed, and I told the students that my goal for them before they graduate, is that they become like the bees in a hive, where everyone knows what is needed, what he or she can do to support the group, and that we would have a chance to experience the mystery and the magic of truly learning and working together.

Before we left, Alex told the children that of all the classes he has worked with, this was the most engaged, responsive, and respectful group he had worked with, and that he expressed gratitude for our visit.  After singing a final Michaelmas song, the students said goodbye to Alex and thanked him for all that he had offered. As a final activity, we toured the farm again, saying goodbye to all the places that we had seen and worked in, and the students stood for a long, reverent moment before the hive that they had seen opened.

I am curious to see how what we learned and the work we did resonates in the coming weeks, months, and years, and how the bees will inspire us in our work together.  I am grateful that we had this opportunity, and I think that our trip to Spikenard will live as a precious memory of one of the most meaningful steps in the journey that we are taking together as a class.

To read along with Mr. Trosli’s class’ journey, follow along on his blog: https://rwsclassof2022.wordpress.com/ 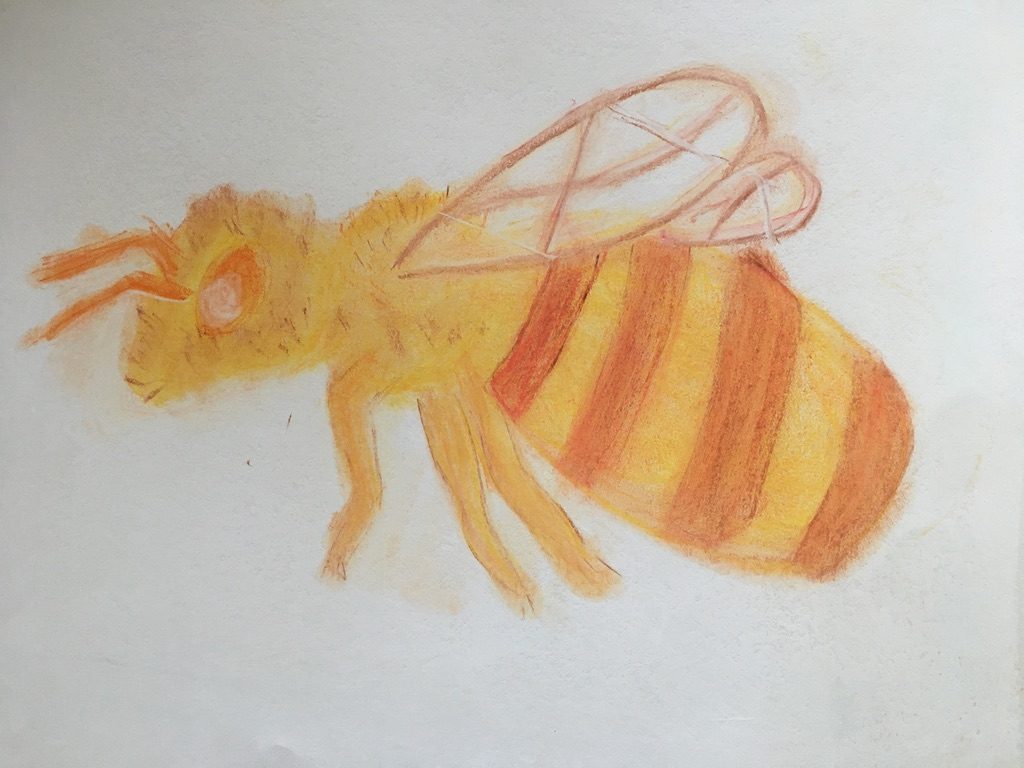 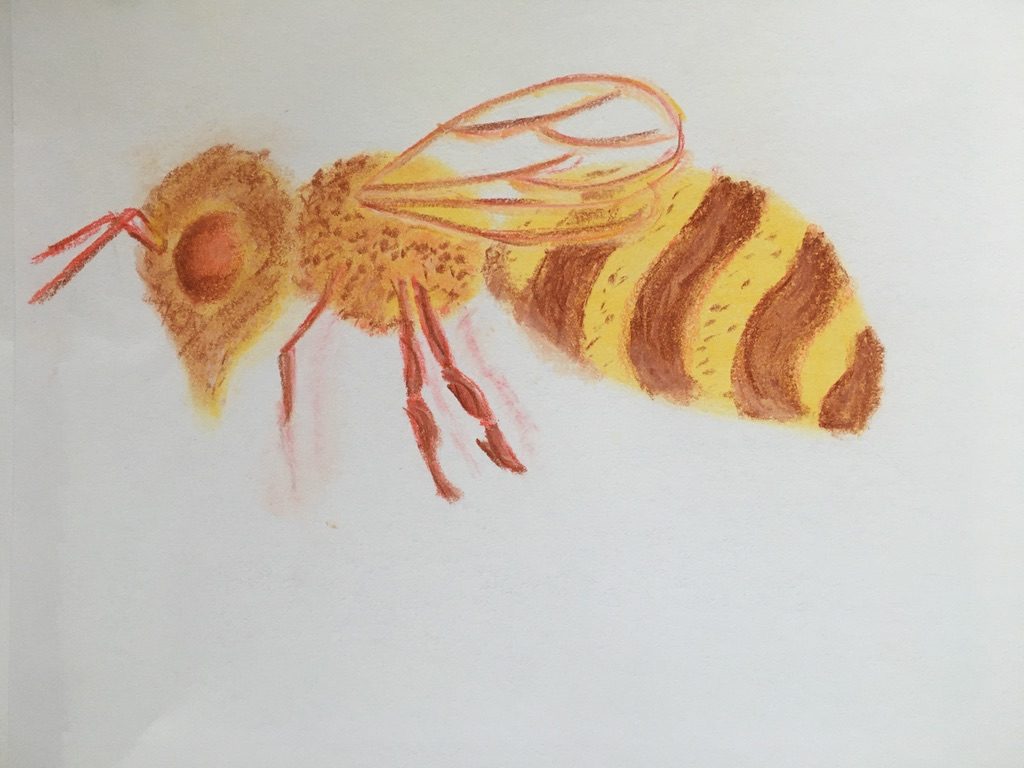 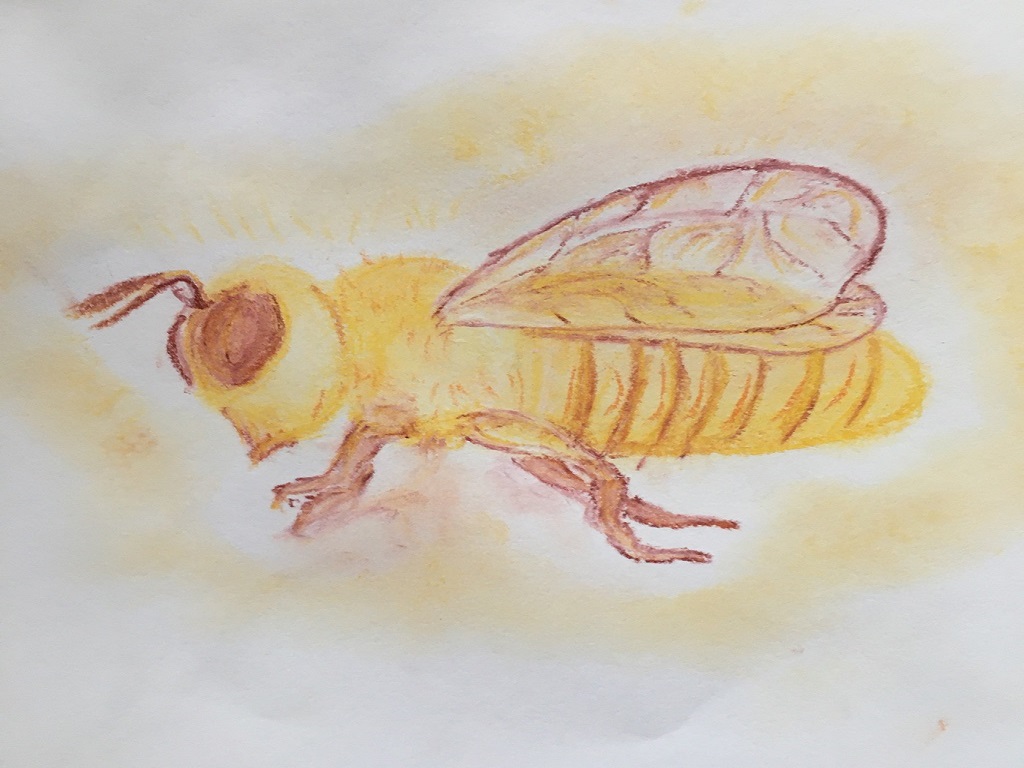