Beyond Vocabulary: Connecting to History and Culture in Spanish Class

For the last few weeks 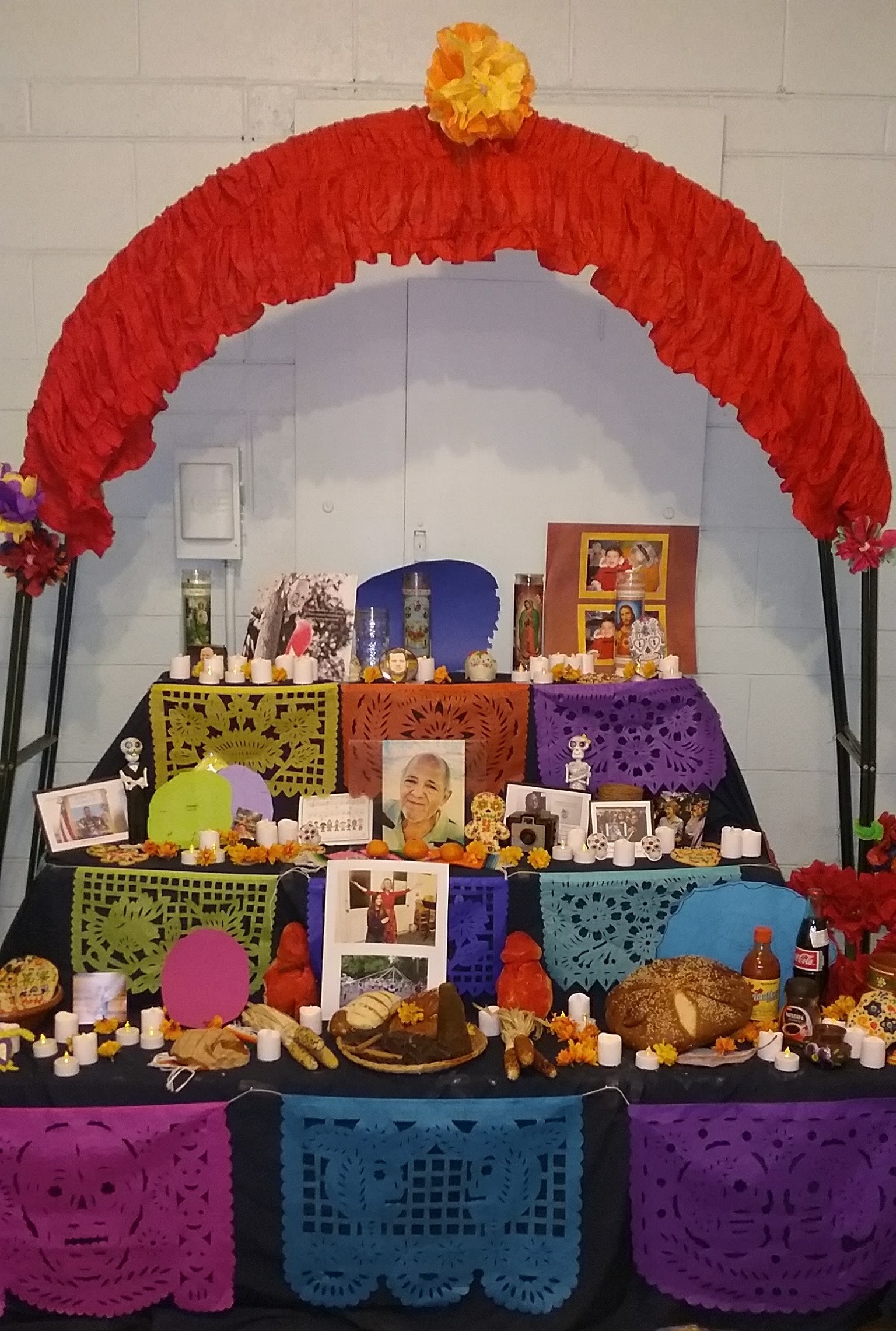 the 7th grade Spanish class has been discussing the beliefs of the Aztecs. The Aztecs felt closest to the divine when communing with nature and listening to poetry. The students practiced a beautiful verse of Nahuatl (language of the Aztecs) that had been translated to Spanish while sitting among the beautiful trees that line our school. We used this nature vocabulary and reflection time to transition to an important cultural element of modern-day Mexico: Dia de los Muertos.

Dia de los Muertos is a time in which Mexicans celebrate the memories of loved ones who have passed. They bring offerings and celebrate alongside the graves of family members. This tradition was said to begin with the Aztecs. Indeed the word for the marigolds left on the altars to honor the dead (flor de muerto in Spanish) is cempasuchil– a Nahuatl word. Each year the RWS community brings flowers, fruits, photographs, and relics to add to the altar set up by our Diversity and Inclusion committee Mosaics. As Dia de los Muertos approached, our class focused on creating flores de muerto. On the flowers, the students wrote the names of loved ones they had lost, including a dearly beloved former teacher.

Today our class listened to a wonderful story about a family preparing for this special time and ate the traditional pan de muerto in front of Richmond Waldorf’s altar for Dia de los Muertos.  We identified the different items that were put on the altar to honor those lost and then placed our flowers on the altar as well. It was a wonderful way to bring our history lesson on the Aztecs into a relevant and meaningful setting.

« Celebrating Halloween at RWS» Our Bike Program: How it All Began
Richmond Waldorf School